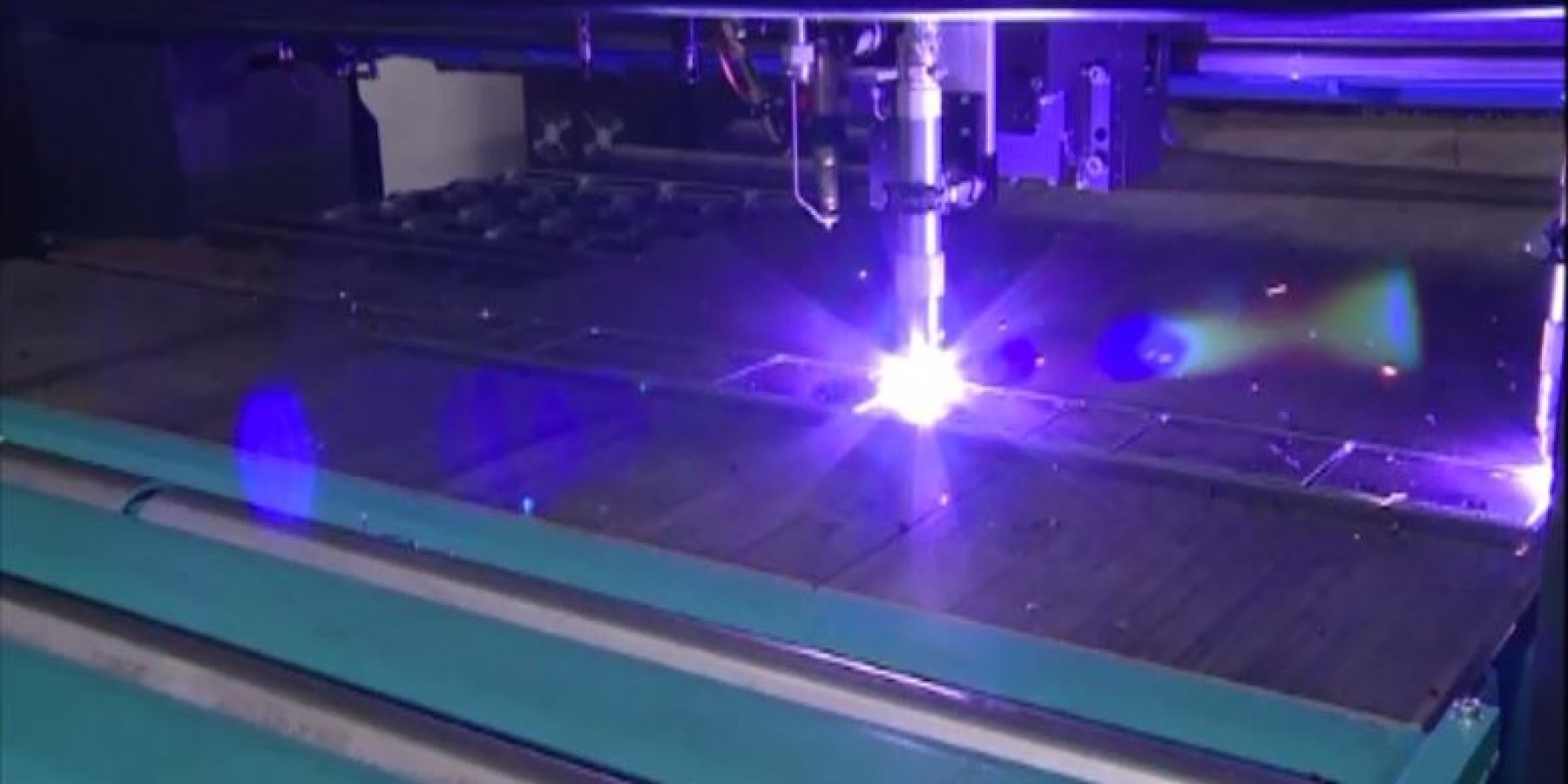 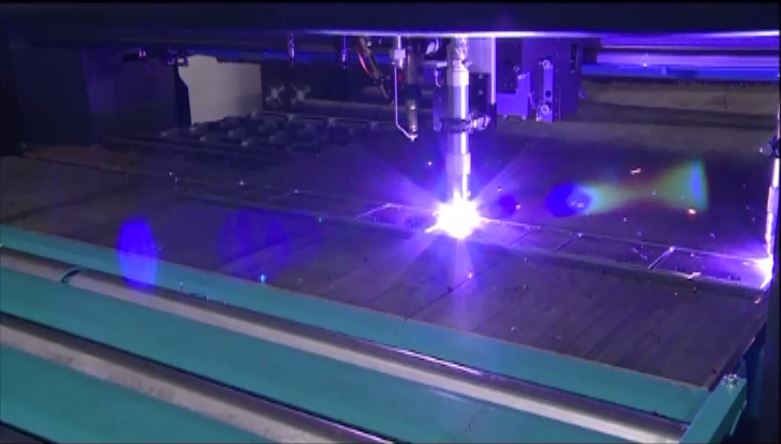 The Scrap Calculation in a CNC Plate Processing Line

In theory, scrap is defined as anything generated that is unusable in the primary process, either directly or indirectly. But in the broader spectrum this definition is no longer used in modern fabrication industries. Though the commercial definition remains the same, modern production management recognizes three different types of scrap:

Residual scrap: material that is beyond the processing limitations of the machine. The percentage can be calculated as follows:

These are familiar terms in fabrication industries with the exception of residual scrap, so we will focus on this area initially. The machine limitation factor is used to attract customers, but although one design may be suitable for a very specific application, it may not be suitable for another. There are two different types of technology available for thermal cutting and drilling; one in which the plate is stationary and the other where the plate is mobile and the cutting / drilling system remains stationary. There are two type of machine available on the market.

Mobile plate technology: Some manufacturers use the roller method, whereby the plate is held between a stationary and a moving roller to affect plate movement. Manufacturers incorrectly claim that this technology ensures maximum plate usage, but the fact is that the bare minimum distance between the punch and the roller is 300 mm.

Machine limitation: Drilling and cutting may not be possible up to the edge of the plate in the feed direction; 300mm across the length of every plate will be scrap. Manufacturers always estimate that the bare minimum scrap is 4~6%, but this projected figure is incorrect. The chart below illustrates how the scrap rate varies depending on plate length.

Disadvantages: There are many disadvantages of the roller mechanism which buyers need to be aware of before purchasing such machines. The roller must be cleaned periodically to avoid plate slippage which ultimately causes loss of dimensional accuracy. The machine is unable to process edge burrs, which means that it may not be able to process plate cut in-house from the shop floor or burr-edged plate.  This aspect of machine limitation sometimes causes workpieces to be rejected, thus generating intangible scrap. Manufacturers do not take the intangible scrap produced by this means into account when calculating the scrappage rate, attributing it to human error instead.

Application: Suitable for manufacturing facilities where component accuracy is of lesser importance, rework / rejection is allowable and scrapping of material is not considered an important factor.

Machine Limitation: Since the measuring carriage does not pass through the inside of the machine and only 120mm of residual material is retained in the gripper zone and therefore cannot be processed by the machine, KALTENBACH never claims a scrap rate of zero or produces unrealistic figures.

Compared with roller handling technology, gripper technology has a lower scrappage rate ranging from 6 % to 1%.

Advantages: With the plate clamped on two sides and on the top, it is virtually impossible for the material to slip. With the plate securely held and vibration eliminated regardless of the quality of the raw materials, a tolerance of +/-0.5mm is achievable

Application: This technology is suitable for jobs requiring a greater degree of accuracy and “0” rework or rejection in demanding shop floor environments. Highly suitable for complex components where a tolerance of +/-0.5mm is required and scrap is accountable.

Another important factor apart from the design of the machine is the software.

Although manufacturers nowadays tend to use the most advanced software, buyers still need to understand how it relates to scrap. Especially with regard to the common cut.

Some manufacturers claim that their machines are unique in providing common line cutting as a means of reducing scrap,  but this claim is misleading. Nowadays even manufacturers using cheap copies provide common line cutting. The important thing for  buyers to understand is that the common cut, i.e. the use of one cutting line shared by two parts, avoids wasting the material which is normally between two parts. This technology requires all parts with similar straight edges to be nested together. But common cut technology also has its limitations. It is not suitable for jobs where scrap is unavoidable due to the nature of the component.

Common cutting is not an option in the job illustrated above because the parts do not share a common line. In this case scrap is unavoidable and claims by the manufacturer are false.

All KALTENBACH  machines are equipped with a nesting facility controlled by LANTEK software, an experienced software manufacturer. There is basically very limited scope for scrap generation when nesting is controlled by software.

Here we must digress a little to discuss burning loss­ referred to as kerf, which should also be regarded as a tangible loss. Customers should be aware of the facts, otherwise the report will be incomplete.

Kerf is defined as the width of material that is removed by a cutting process. It was originally used to describe how much wood was removed by a saw; because the teeth on a saw are bent to the side, they remove more material than the width of the saw blade itself, preventing the blade from getting stuck in the wood. Kerf width is a measure of how much material is removed. When talking about CNC shape cutting with typical cutting processes, kerf is the width of material that the process removes as it cuts through the plate. Some people use the term when referring to the angle on the edge of the part, but that would be an incorrect use of the word. The “cut angle” on the edge of the part makes measuring the kerf width tricky, but for consistency, the word “kerf” should only be used when talking about the actual cut width.

There are many different cutting technologies available to industry, e.g. oxy-fuel, plasma, waterjet and laser. Each cutting process removes a different amount of material, or kerf.  The more precise processes, like waterjet and laser, remove a smaller amount of kerf, which is one of the reasons they can be more precise. Using a typical example of ½” or 12mm mild steel plate, we can illustrate how the kerf varies with each technology.

Since every technology has its cost, in general 90% of machines used in steel fabrication are equipped with either oxy-fuel or plasma.

Now let’s look at a practical example using 12mm thick plate to further elaborate. We are going to perform a simple job: Cutting 300mm x 300mm plates from a standard size sheet measuring 1510mm x 6200 mm. It is important to understand that both the 2-3mm side trims and front edge trims are residual scrap which can be sold as such, but kerf cannot be sold as scrap – it is completely wasted.

We found that the machine which uses roller technology with plasma cutting produced only 95 units (as a minimum 300 mm of material is retained to enable the roller mechanism to operate, as described above) and the total scrap rate was 11.26%, whereas the KALTENBACH machine, which uses simple gripper technology and oxy-fuel cutting, produced 100 units and a lower scrap rate; 5.2 %. Despite producing more units, kerf loss from the KALTENBACH machine at 43.36% was still lower than its roller technology counterpart.

Disclaimer: The suggestions contained in this report are generic in nature. Reader must always consult with specialist before applying any suggestions / report. This document is the property of KALTENBACH. ©, no part of this document shall be  copied , reproduced , disclosed, transferred (or)  reduced to any form including machine readable form (or) otherwise without the consent in writing, violation may be subject to legal consequences as per applicable Copyright Act, tempering in any form may leads to legal consequences as per criminal offence applicable Copyright Act.